A place for ghost hunters
The ruins of Bhangarh Fort in the Rajasthan state in India are known for being the most hunted place in this south Asian country. While it’s understandable that not all people believe in ghosts, there are warnings at all entry points to the Bhangarh Fort advising people not to venture into the city at night. In fear that something terrible could happen, some of the signs posted by the Archaeological Survey of India (ASI) not only advise against, but literally prohibit visitors from entering Bhangarh Fort at night. The sign reads in Indian language: “Entering the borders of Bhangarh before sunrise and after sunset is strictly prohibited.” If you are a ghost hunter or like visiting mysterious places, especially those known to be haunted by ghosts, then Bhangarh Fort deserves a solid spot on your “Must Visit Before Even though Bhangarh is deserted at night, locals report that strange noises, including music and dancing can be heard coming from the ruins of the fort. he restless spirit of the magician who cursed the land watches over Bhangarh from a nearby hill during the day and comes down at night in search of a ghost of his beloved princess. Welcome to the world of Ghost Tourism. The Bhangarh Myth
According to one of the myths, Bhangarh was cursed by Guru Balu Nath (Baba Balanath), who originally sanctioned the construction but warned that his sacred meditating place lies nearby and should the palace reach the size which would cast a shadow big enough to reach his forbidden retreat, the city would fall into ruin. Ignorant of the warning, Ajab Singh – one of dynasty’s descendants raised the palace to a height that cast the shadow on the Balu Nath’s retreat and the city was cursed. There are several other myths and legends that explain the reasons why the fort was abandoned overnight and never re-inhabited, but they all revolve around the fact that the city was cursed and is now haunted by ghosts.A 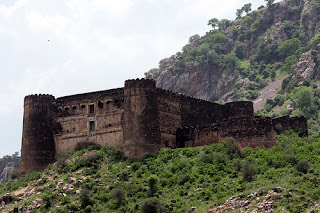 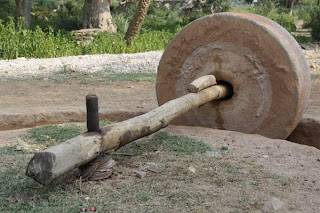 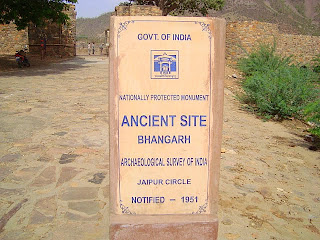 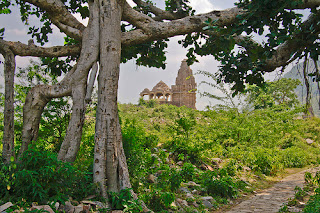 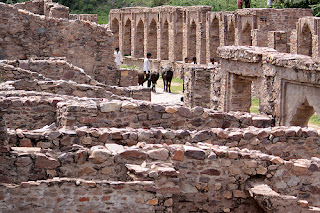 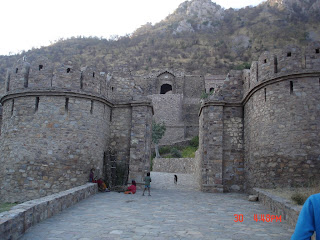 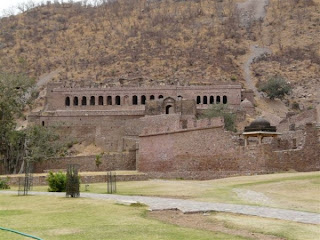 Ghosts at Bhangarh: The Extent of Fear
The Government of India was to set a military centre to patrol the place all over the night to solve the puzzle of ghosts but could not dare. None of the military personnel were willing to participate in the operation. Even the ASI office is a kilometer away from the place and has a board that says: “Staying in the Area after Sunset is Strictly Prohibited.” This indicates that something is very wrong, to the extent that even the paramilitary forces are not venturing into the area after dark.cording.
For your ultimate and delightful excursion we are here to deliver you a value proposition...contact us at