Sweden is one of those countries with some very surprising statistics. Almost eighty percent of its 445,000 square kilometers is dense forest, eight percent is covered by water, and almost all of Sweden's 9 (and a half) million people live in urban areas.

Find the best deal, compare prices, and read what other travellers have to say about hotels in Sweden

Good, that means you get to enjoy Sweden's less populated areas almost all to yourself. This is a land once ruled by Vikings, now dominated by Evangelical Lutheranism (more than 85-percent of the people).

To go back to Sweden's Viking roots the best place to do that is in the Buhuslän Province where many Viking (and Bronze Age) archaeological finds have been, well, found.

Sweden is more than Vikings, it is a museum loving country. In the city of Gothenburg you can visit a Historical Museum (with medieval art, no less), a Fine Arts Museum, City Museum, Maritime Museum, but also a Volvo Museum.

Yup, Volvo as in car. That's right, the sturdy car is made right here.

Another of Sweden's cities to see is Malmö, with a stunning church (St. Petri) and Castle to see. However, it is the Öresund Bridge that attracts so many to Malmö. The bridge, by the way, links Sweden to the Danish capital of Copenhagen.

Sweden's capital is Stockholm, a city with its own Old Town and Royal Palance, Baroque buildings, and the VASA Museum with a 360-year old ship on display.

Thousands of lakes are on display in Sweden's Lakeland District, located near the Baltic Coast. Actually the exact number of lakes found in Sweden numbers over 97,000.

Much of Sweden isn't so easy to see in the winter months when much of it is frozen. It does offer a chance to see the Northern Lights--so there's some good to come from long nights of darkness.

A night at the Ice Hotel in Jukkasgörvi could be fun, as will an evening spent at the Absolut Ice Bar. You will never complain that your drinks are too warm, that's for sure.

Those long winter nights give way to long summer days--another "land of the midnight sun", so to speak. So why not take advantage of daylight at 10pm and go fishing, play some golf (there are some 400 golf courses), or hike until your beyond tired.

Sporting your way around Sweden can make anyone hungry--so this might be why the Swedes came up with the Smorgasbord. The Swedish Cold Table is full of pickled herring, potatoes, and meat of some kind. You will have to be adventurous to try the smoked reindeer.

Eating reindeer isn't as dangerous as driving along some of Sweden's roads--where you could literally run into reindeer, musk ox, and elk.

Let someone else do the driving if you want. Because Sweden is so big, flying is one of the best options for getting around. However, taking the train around the Swedish countryside is a wonderful way to see it.

To bring home memories of your trip to Sweden, consider buying some gorgeous glassware, like crystal. Their knitwear is totally warm (it has to be) so you might want to pick yourself some items to take home with you. Maybe not if you live in a warm climate--best to stick to the glass then.

Or, get yourself a bathing suit to use on one of Sweden's beaches--then you can use it back home too. Oh, didn't know Sweden had beaches? It does--hundreds of miles of coastline. Great chance to try water skiing on top of everything else, right? 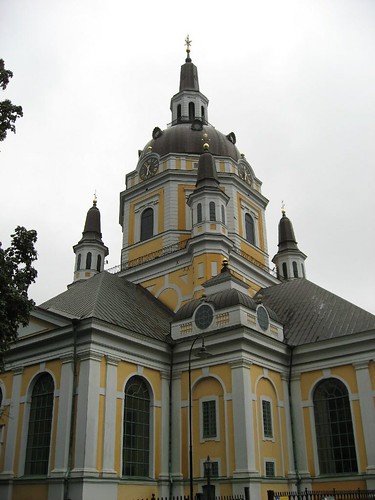