Tourist Reviews Travel Destinations Rome - What to do guide in Rome

Rome - What to do guide in Rome 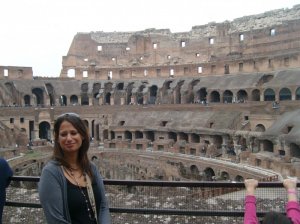 Are you kidding ! There is so much to see in Rome. Its not one of those cities that you will do in a day. So you will need a place to stay and why not check out hostels and apartments in Rome?Rome is a walkable city with the Vatican being somewhat further west. Broadly speaking the Architecture Art and things to see can be classified into historical categories as Ancient Rome, Medieval Rome and the Renaissance Period. Rome is a very Fashionable city you can't look too good in Italy and you will enjoy shopping here the Restaurants though you will feel it expensive in the more touristic areas and (a cappuccino can run you 4 euros) and perhaps a nice seat in the sunshine on one of the many Piaza's.

Buying a Roma Pass: Roma Pass can be purchased at Tourist Information Points in Rome including the train station, Fiumincino Airport, travel agencies, hotels,bus ticket offices, news stands, and tabacchi. Roma Pass can also be purchased directly from the museum or site ticket windows. Current price is 25 euro, good for three days from validation. Depending on what you do this could be a saver. With this card the first two Sights are free. Making the collesseum one of the first two things you use your card on is a great idea.

Highlights of Rome and the Vatican City

Palatine Hill and Colosseum - Built in between 70 and 82 as a venue for gladiator and animal fights. Perhaps these days a Roma Vs Lazio game is the contemporary version. On Sunday the Via dei Fori Imperiali for Colosseum is closed to traffic, making a nice place to walk.The Colosseum allows you to go up and do a complete circuit with guides or audio guides but the signposts also do a good job if you are on a budget. Guided tours are 8 euros extra the audio 4.5..The upper walkways allow you a view into the centre of the arena where you can imagine the fighting. Now you see into the rooms which would have been underground and only a single portion of seating remains. Still its an impressive thing to do there are lifts which make this a great thing to do for those with less ability.

Dan Brown was making Rome even more on your radar with his Angels and Demons book many of his scenes take place in interesting visitable sights. Panthenon, Piazza Navona and its Fountain of the Rivers for example all in a walk-able distance to each other.

Trevi Fountain - they say if you toss a coin in you will return to Rome, I wonder what they do with all the coins.

Arch of Constantine
Catacombs
Piazza Venezia (designed by Michelangelo), Vittorio Emanuele Monument and Capotoline Hill are in one spot. There are good views of the Forum from Capotoline Hill.
Spanish Steps, Piazza del Popolo Via Del Corso - here shop and visit the Spanish steps.
The Pantheon - If you are here also look out for Piazza di Rotonda a nice space. I love Benini's elephant, its close by the Panthenon - a statue of an Elephant with an obelisk on its back the obelisks feature heavily in Romes sights.

Be careful of your pockets and belongings when in crowded places like the metro. As a tourist you will be targeted as easy, don't make it easy for them though experts can work in teams and distract you while they relieve you of your valuables.

There are no user reviews for this listing.