Then the fourth building was started by William the Conqueror, subsequent to the Norman Conquest. In 1087, this building suffered immense fire damage and a second fire in 1136 resulted in a great set-back. The builders took nearly 200 years to finally patch up the damage produced by these fires. This building is referred to as "Old St. Paul's". 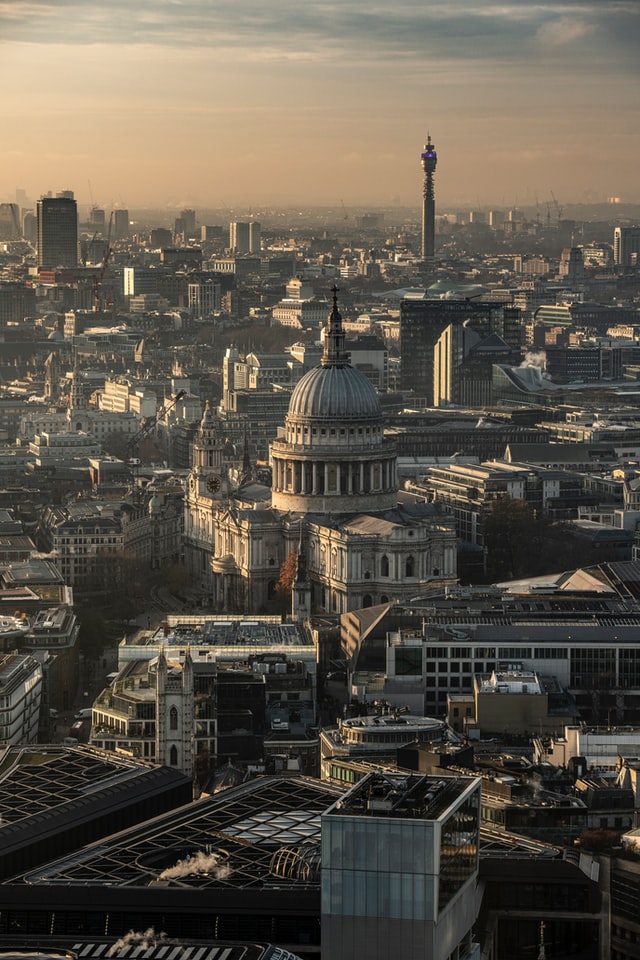 In those times the church was quite an accomplishment as it was the biggest medieval building in the entire area of Europe. It also boasted to have the world's tallest spire. For several centuries, the building stood with great pride until the place crumbled down with gradual wear and tear. Paul's Cross, an open-air pulpit, was established in the Tudor Period by the south wall of the cathedral. The crowd gathered here in order to hear the Protestant sermons. In 1549, the mob was provoked by the preachers to ruin the cathedral itself. The incited crowds rampaged through the Old St. Paul's interiors, wrecked the tombs and ravaged the high altar along with countless wall hangings.

The bad luck of this magnificent cathedral continued, and in 1561 the spire was struck by lightning. James I took the initiative to undergo a major renovation of the cathedral, but unfortunately there was a halt in these efforts during the English Civil War.

The final disaster leads to the death of this magnificent structure, on the unfortunate night of 2nd September 1666. The Great Fire of London burnt 13200 houses to the ground and 89 churches, St. Paul's cathedral being one of them. Finally, Charles II decided to clear up the burnt site, and the task of rebuilding was entrusted by him to the renowned architect, Christopher Wren.

Wren's first thought was that of a straight forward replacement, which was considered impractical. Then his second thought was to build a unique cathedral, building a contour of a Greek cross. What we see today was in fact his third idea that was finally given consent in 1675 and the construction of the new St. Paul's cathedral was finally finished in October 1708.

The present day structure has the second largest dome in the whole of Europe and boasts to be England's only domed cathedral.

How to get to St Pauls Cathedral

St. Paul's Cathedral, being situated in Blackfriars, opposite to the new Millennium Bridge is easy to reach and well-connected by underground as well as by bus. The place is a few minutes’ walk from the Mansion House Tube, Blackfriars Tube and St. Paul's Tube underground stations. City Thames link, Blackfriars and Cannon Street are the nearest main-line railway stations.