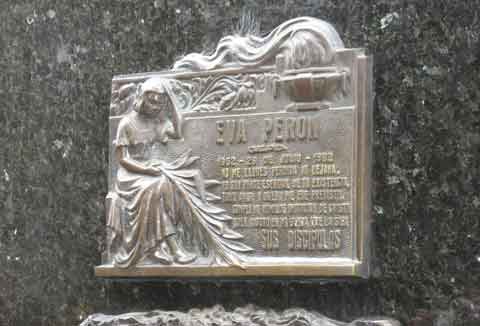 You will I am sure struggle to see everything in your limited time in Argentina. It's another massive South American country.

Things to do in Argentina:

Buenos Aires is a popular spot to go clubbing, so popular some hostels have integrated clubs and bars. Or have a tango class so that you can remember that you are not in Europe! I'm not sure I will ever forget getting spat on by the visitng fans at a Bocca Juniors game in La Bocca, I think it might finally be out of my hair now :)

The Long and Winding Road- Argentina

Had a slight delay at Heathrow, which meant I missed my connecting flight to Buenos Aires (BA) and so was stuck in Sao Paulo for 5 hours.. not to much of a problem as I sat in the Business lounge.. who said this backpacking stuff was supposed to be bad?

Go for a run in Buenos Aires

The wide boulevards in this city make finding a place to run hard but I found a run today and recommend it, there might be some work getting through the traffic initially but once you are there the ecological park is really good. There are some really cool buildings here too. I like my architecture and music while I run.

It has been a tough morning ! But only because the metro doesnt go close by Recoletta. I'm having lunch while typing at la poesia on Chile in Buenos Aires.

This is a quick start guide that has some very good links and that info which you find you need first. (bookmark it and come back if you need to) and share it on facebook or other.

Editors note you should first add cold water and leave it 2-3mins to swell the mate. This prevents the pipe getting blocked and also stops you getting boiling tea burns! You add boiling water after that and leave again 2-3 mins.

Ushuaia is the only spot to leave for your Antartic tour. It is the southernmost city in the world and is located in Argentina. It is often called "the end of the world".

It's difficult to choose one place to visit in Argentina. However if you have a few days, do not miss the chance of going to the Iguazu Falls. Located in the border between Argentina and Brazil (2/3 of the falls are within Argentina), these amazing 275 falls along 2.7 km of the Iguazu River will give you one of the most spectacular shows of Nature. The Devil's Throat is the most impressive part of it. It's 82 meters high and 150 meters wide cataract.
It is possible to access the falls from the city Puerto Iguazu in Argentina, Foz de Iguacu in Brazil or Ciudad del Este in Paraguay. In Argentina and in Brazil there are National Parks and both circuits are totally worth it, having two different views of the falls. You can also go for a boat ride very close to the falls and to do a "full moon night circuit".
Better to avoid the summer months because it is too hot and humid (remember the summer is December-january-February in South America) although equally beautiful.
Birds and flowers are abundant and colorful.

For those who are travellers by nature, it is not necessary to have reasons to go to a new place. Just the fact of being new it is enough. However, sometimes facts or tips like the ones that follow might help to make a decision when several options are in front of us:

1 - Ushuaia is the southernmost city in the World

Approximately 1490 miles from the beautiful city of Buenos Aires, 5608 from Miami, 6603 from New York, located in the Argentinian province of Tierra del Fuego (meaning "Land of Fire") this city is one of the most visited places by foreign tourists in South America. If you want to have that documented, go to the "Museum of the End of the World" located in the city, and you passport can be stamped with a "End of the World" seal. No way you can be closer to Antarctica except if you are on a boat ...

2 - More than 16 hours of daylight in the summer (South Hemisphere summer Dec.21st to March 20th)

Since sunrise is about 4.30am, sunset after 10.30 pm and complete darkness arrives after midnight giving the chance of enjoying lots of outdoor activities. One of the favourite ones in the summer is trekking inside Tierra del Fuego National Park, a 63,000 hectares of sub-Antarctic forest with a very rich ecosystem, where it is also possible and highly enjoyable to horseback riding and mountain biking. Sport fishing season is also in summer, taking the end of spring and beginning of autumn too since covers from October to April. The fishing techniques allowed here are fly fishing and spinning rod. Tierra del Fuego salmons are famous for their quality. Brown and rainbow trouts are found in abundance in lakes and rivers.

4 - Many choices for winter sports fans and even for those who just want to spend some time in the snow getting to know the area not just walking...

For downhill skiing, Monte Castor is the place. Located at 9 miles from the centre of the city, this ski centre has 17 km. (10.5 miles) of slopes, exceptional snow, lifting means able to transport 5000 people an hour and ski, snowboard and snowblade school. The runs with difficulty from green to black and the Ski area opens from middle June until middle October. At Monte Castor you can also ride snow-cats or husky sleighs. Another place to enjoy the winter sports is the Glacier Martial where there is a single ski slope open in winter months. It is also possible to hike up the glacier to have an amazing view of the city and the Beagle Chanel. Cross country skiing is a good choice also in the beautiful valleys close to the city like Tierra Mayor Valley that can be explored as well by walking with snowshoes, dog sledges or snowmobiles.

5- This city is base for cruises to the Antarctic Peninsula

... with stops in West Point Island, Carcass Island, Stanley, South Georgia and Drake Passage, also cruises to the channels and fiords in the South of Patagonia, ending in Valparaiso and other ports in Chile and cruises to South Africa.

6 - Get to know the Estancias

Not far from the city you can find one of the traditional Estancias that open their doors to allow visitors to learn about the lifestyle. Visitors can just go for the day or stay there. The best known ones are Estancia Harberton whose owners continue raising sheep in their 20,000 hectares and which main building was brought from England in 1887 and mounted on the bank of the channel and Estancia Maria Behety from the beginning of the 20th century with a barn that allows shearing 7000 sheep a day.

Quality and variety. Special recommendations: * Patagonian Lamb. Tierra del Fuego is a land of sheep and lamb specially prepared as "asado" (Argentinian barbecue) at crossed poles vertically next to the grill. The most tender meat you have ever tasted. ** Fish: Grilled black hake, trout and salmon. *** You will find restaurants of a wide range of prices but do not leave the city without going to at least of these ones: Tante Nina (sea-food, on the port), Kaupé (a little more expensive, but great view and the best food...), Gustino (local cuisine and best wine bar, in front of the port).

Ushuaia is a city with tourism all year around and receives tourists from all over the world. You will find a wide range of hotels, hostels, B&B, resorts, etc. but it is highly recommended to make a reservation if going during special holidays such as New Year's Eve or Easter. During the rest of the year, even when it is better to be sure that you will have a room somewhere, usually it is possible to get a room at a hostel. To get there by plane, Aerolineas Argentinas from Buenos Aires or LAN from Santiago de Chile. By bus, you can go from different cities in Argentina. Once in Ushuaia, some of the local buses take you to some of the usual attractions. Other places are served by minivans. Taxis are not expensive. There are also car/bicycle hire companies. You can also hire tours directly with your hotel/hostel or any travel agency. Prices are the same so choose the option that suits you better for the tour you want to buy. Sometimes it is better to hire a taxi and arrange with the driver a fixed price to visit a couple of attractions.

9 - Lot to see in the city and around

Even if you do not have the time to go out of the city, you will find lot to do. Starting with the amazing view of the Beagle Channel, that 112 miles route that links Atlantic and Pacific Oceans and has "buried" lots of ships. The channel can be explore with one of the many tours along the bay up to Des Eclaireurs Lighthouse and the island of the seals that also allows to do some bird watching. If not a fan of boats, a visit to the Museum of the End of the World (remember to stamp your passport...) can be interesting or to the Maritime Museum and Prison Museum, inside the old prison facilities. The original architecture of some cells was maintained but the most interesting part is maybe the documentation about expeditions, maps and scale models of vessels. And very close, located west of town just before the entrance to the National Park, you can take the Tren del Fin del Mundo: a very pleasant train ride into the park on a narrow railway rebuilt on part of the roadbed of the old logging train. The ride last 45 minutes.

10 - Many natural attractions close to the city

From Ushuaia is possible to start many tours to explore natural beauties within a few hours. The fantastic lakes Escondido and Fagnano are a good example of this. In a complete tour of 7 hours you will start crossing valleys, forests and rivers then the route begins to climb the mountain forests up to the highest point of the journey, the viewpoint overlooking Lago Escondido and shocking to the bottom, the immensity of the Fagnano. The penguin rookery is also quite close and can be visited within 4 hours. A complete walk for the Tierra del Fuego National Park takes 4 hours too.

Well, I hope these 10 reasons are good enough to place Ushuaia as a possible future destination in your travel plans. If so, plan to stay there at least 4 days since you will find that there is always something else that you want to do... and it is quite far to just spend a weekend. You might also consider that it is quite close to Glacier Perito Moreno (and that it is also totally worth it) and there are short flights between Ushuaia and Calafate (the closest city to Perito Moreno), so a good combo would be Ushuaia + Calafate (7-10 days)