Most Westerners might hear the travel advisory that "leisure travel isn't recommended" for travel to Angola. Too bad, because the country is rich in unique wildlife, as well as having a diverse natural landscape.

Images thanks to David Stanley 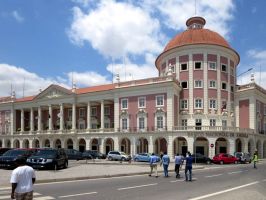 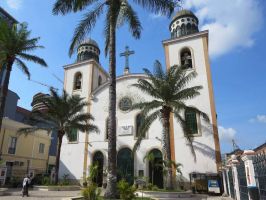 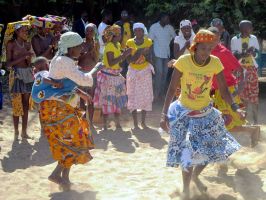 Nestled between the Atlantic Ocean (giving the country some 1650km of beachline), Zambia, Namibia, and the Congo; anyone coming to Angola will find it to be a hodge-podge of Portuguese architecture, museums, and little fishing villages with about 17 million residents.

There's even a good deal of nightlife going on, 'though mostly in its capital city of Luanda. This is about the only place in Angola where you'll find internet cafes to tell your loved ones that you're having a good time.

The best way to get around once you're here is by train, even if there aren't any sleeper cars or even air-conditioning, as driving can be a risky endeavour, and most airports are not maintained that well.

Does that mean you shouldn't go to Angola? No, it means to exercise some caution before going to see the Portuguese forts and lounging around the country's deserted beaches.

And if you don't go backpacking around Angola's 1.2 million square kilometers, you'll miss out eating local delicasies like Chicken Muomba made with palm oil, or Mufete de Cacuso, a fish dinner made with lemon and pepper.

One of the best places to go while you're here in Angola are the shops that make local handicrafts that make great gifts and won't break the bank.

You'll need to save your Euro, Dollars, or Kwanza (Angola's currency) because Angola's hotels tend to be a little more expensive than some other countries in the region. Whatever the cost, just let your embassy know you're here.

If you are a US, European, Canadian, or Australian you'll need a passport, visa, and a return ticket out of Angola. Also get your immunizations in order, including Hepatitus A & B, Typhoid, Yellow Fever, Tetanus, Polio booster, and Meningococcus.

When you've got all that squared away, you have to consider what you're going to pack. Keep in mind the weather, which in summer Angola is quite the tropical destination; while in winter it can get downright cold.

Considering this is Africa, a little cold weather sounds reason enough to visit.

We sorted from the few videos you made on Angola and came up with these best.

Angolia is the second-largest diamond and petroleum producer miner in sub-Saharan Africa; however, its life expectancy and infant mortality rates are both among the worst ranked in the world.