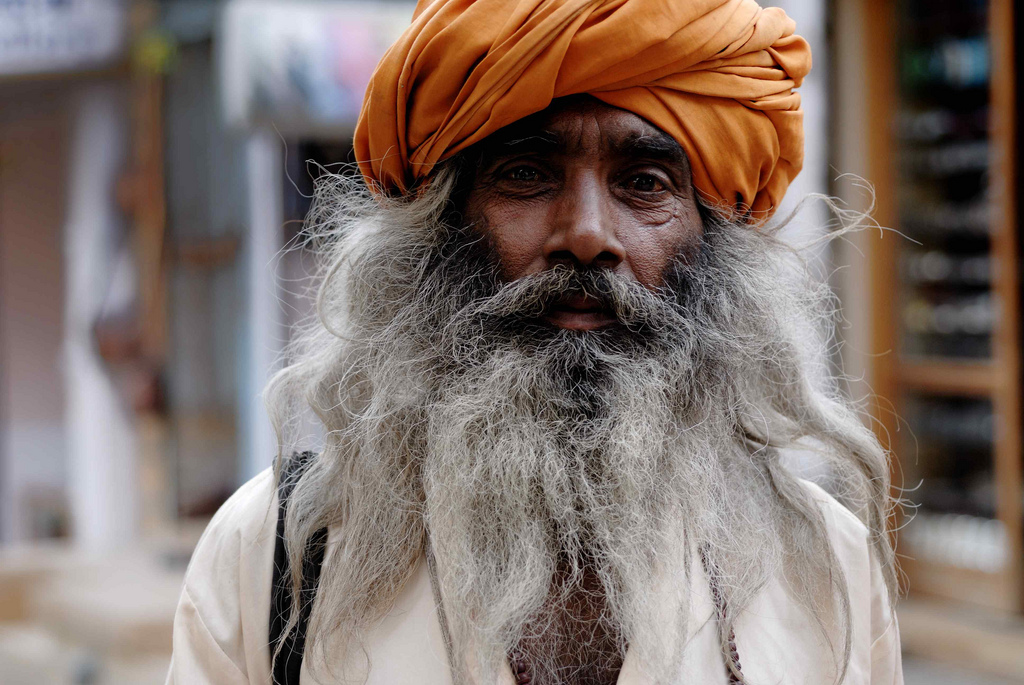 It's hard to sum up India in a nutshell.

This is a land with 1.2 billion people spread out over 1.2 million square miles, that's been colonized and independent, where cows are sacred, and a tomb is one of its most famous sites.

One thing that's constant in India is its weather. To put that in a nutshell, its hot most of the time. It does cool off some November to March, and the Western Himalayas experience some pretty cold winters.

The monsoons come from June to October, dumping rain, rain, rain. This time of year many roads aren't so well-traveled. One of the best ways to experience India is by rail, which has six classes of service to suit every need & budget. Rail passes make it even less expensive, but there are luxury trains if you decide that's the way you want to go.

Besides being a total hustle and bustle place, India doesn't experience much of a nightlife. You will, however, find casinos in Goa.

Goa, by the way, is known for its beaches. While places like Jaipur and Agra (found within what's called the Golden Triangle) delight the history lover. This is where you'll find the Taj Mahal, a world-famous tomb to a beloved wife.

Another holy site in India the Ganges River itself. At the ghats, the little stairs leading to the water, you'll see many local folks at the waterfront at dawn. 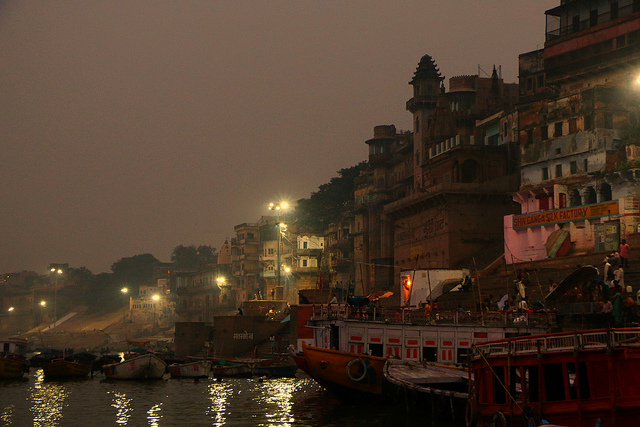 India is also known for its wildlife, and not just the cows that walk around since they're sacred. There are 17 biosphere reserves, some 400 animal sanctuaries, and 70 National Park. All the better to see the Asian Elephant and the amazingly beautiful tiger.

As exotic as the many animals in India are, eating is also an exotic activity. Try some spicy curries, some Kulfi (Indian ice cream), and many dishes are vegetarian. Try some Indian coffee or beer with it all.

One thing to watch are the seals on bottled water. And be sure to drink only bottled or boiled water, and eat only cooked veggies and fruit is peeled. A salad isn't a good option in India.

Before departure make sure you've gotten all your vaccinations up to date, and avoid mosquito bites since Dengue Fever and Malaria are possible.

Many visitors can get a visa upon arrival, but it's always best to check before you leave. No return ticket out of India is necessary, but a passport is.

You don't want to let something like paperwork to keep you from taking a camel safari, desert trekking, partying at a Hindu Festival in Calcutta (called Kolkata), or visiting tea plantations, right?

My dear frined Minesh went to India and shared his story with me via this website. I like real travel blogs.

"I couldn't believe it, I was literally on Indian soil for 2 minutes and I had been robbed"

One day three girlfriends and I decided to treat ourselves with a trip to Periyar’s Wildlife Sanctuary, an amazing 700 km wildlife preserve.  After a grueling and intense agriculture summer course, we deserved it.  Why Periyar?  Imagine huge herds of wild elephants (sometimes numbering 50 per herd), bonnet monkeys (its hair resembles a cap), barking deer, and tigers, tigers among others.

We boarded a rickety British Ambassador car, windows down, to get to nearby Thekkady, a plantation town that sells spices and gives great Ayurvedic massages. Thekkady, in the region of Kerala, has a high altitude as it lies along the ranges of the Western Ghats.

It was a long drive and to our dismay, we learned at the Kerala border that our driver had bailed on us.  After a 30 minute wait, to our relief, he came back.  He could not take us across the border, he said, because his license was invalid.

Traveling always gets a new experience and when one chooses train to do it, the excitement just triggers to another level. The luxury train experience introduced in India takes this experience several folds higher with the royalty and comfort that is offered during the entire trip. These trains have been designed to fulfill the adventurous desire while keeping the passengers safe. A best way to explore India when visitors come for the first time is taking a tour with any of the five trains. These take separate tours in different regions and have the lavish set up to treat the passengers majestically throughout.

Take A Tour To These Patriotic Places in India

The charm, the grandeur and royalty is how India is sometimes described. Not only in monetary terms but the country is also rich in terms of culture, traditions and heritage sites. It is because of this reason that the country was once called “Golden Bird”. Fascinated by the beauty and the charm of the country or rather the finances that come from plunder, many rulers have invaded over the years.

From Aibak the slave who would one day rule India (Qutb-ud-din Aibak) to Mughals to the British, the country has been ruled and evolved a unique way. These times has created a teaching to the people of India including the importance of our country and being patriotic. Today India stands as a word economic power with such wealth and poverty juxtaposed among the streets of Mumbai to the beaches of Kerela.

Read more: Take A Tour To These Patriotic Places in India

Mahseer is a cold-water fish that stays within water that is highly oxygenated. This fish possess a lifespan of 20 to 25 years. Popularly known as ‘The Underwater Tiger’, this fish gives a very strong fight. Apart from this, they also possess a very strong smelling sense which helps them to detect the food from a distance. They mainly rely on the fishes and the arthropods for their food.