The Socialist Republic of Vietnam as she is officially known is one of the most rapidly growing travel regions in Asia and the world Located in southeast Asia bordered by China to the north, Laos to the northwest, Cambodia to the southwest, and graced by the South China Sea to the east. Vietnam has a population of over 86 million some of which on any given rush hour grid lock themselves while on scooters yes a scooter bike traffic jam gridlock ! After a hard long period or war, civil war Vietnam was left without much diplomacy trade and domestic resentments. But the country did what it does best dug in with difficult surroundings and won where she could and in 2007 Vietnam joined the World Trade Organization in 2007.

Tourism in Vietnam is a great progression for both the tourist AND the countries people. Making sure your tourist dollar gets into the local economy is a good responsible tourism thing. You can find many examples of the people of Vietnam running tours on this very site. No matter if you book a super duper tour from a western agent chances are that you will get the same people at the end delivering the services. The best option perhaps is to choose a company that has a western level of management or partnership and employs local tour guides in full. 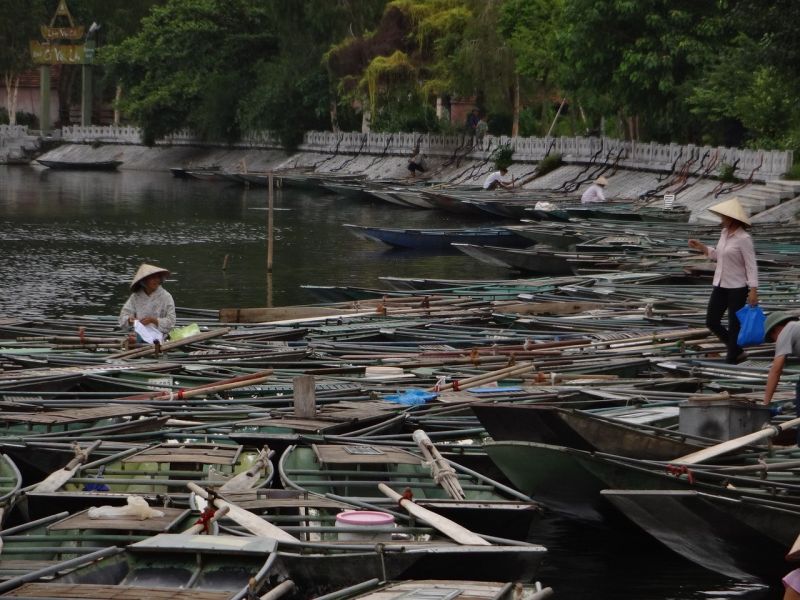