Japan Blog 1 Getting There- The Hardest Part

I'm in my hotel lobby fighting the keyboard which keeps wanting to insert Japanese characters instead of western script my old sweetheart beer is keeping me awake..

A little bit of fog over Paris meant that I am without my luggage. I hope it gets here soon. A long story but some fog created such delays that I have never heard of before. 200 m visibility, didn't look so bad, missed onward flight but was placed on the following, of course not a great seat as on this flight as I was the last to check in..only just made it and if I hadn't have made it would have had to be arriving on the later one my bag is arriving on..

I have to say that I like it here so far, the trains are so nice and the underground smells like lavender with lilac seats to match. Its all very friendly touch wood. Also nice to see is the cost won't be so bad, I have my room which is good for 25 pounds per night. I'm quite central. the underground costs about 60 p one way, thats nice huh ! and I had a great Thai meal which was under 5 pounds. So it looks like I will be able to stay in budget.

Its great to feel that I am on foreign soil, the weather is a few weeks behind the UK, so should be nice and is a hint of smog perhaps. Just will catch up with Tsuotomi san (cliff's friend) at the week end, Saturday might rock...am keeping quite awake, now for one of the best bits about travel, that first night, no other feeling like it.

In fact I went for this amazing run... 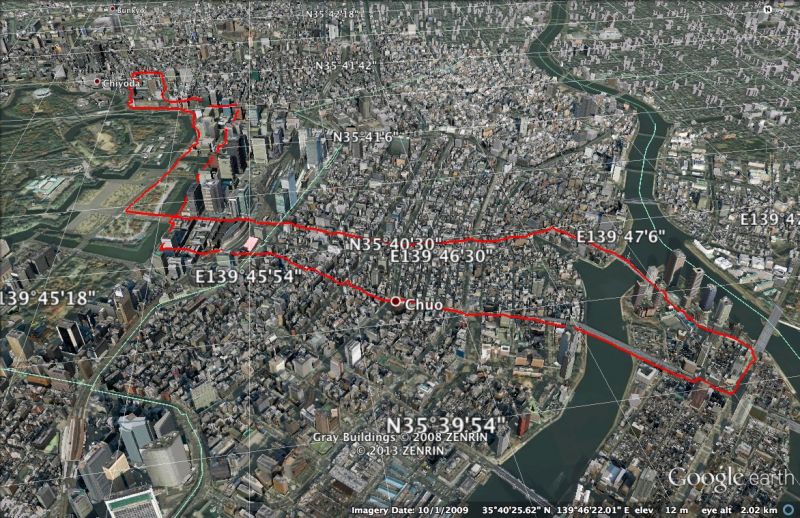